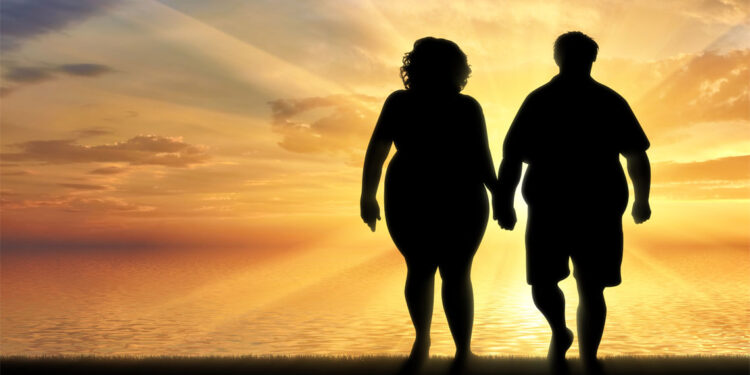 “I was interested in understanding how bodily features inform stereotypes of mating interest. The stereotype literature’s focus on mating did not have much information on discrete physical features relative to more identity (e.g., race, age),” said study author Mitch Brown, an instructor at the University of Arkansas and director of the Social Perception and Human Evolution Research Lab.

“Much of our inferences about an individual’s mate value often occurs quickly and there was likely little time historically to consider factors that may take a longer time to infer (e.g., behaviors) or may not capture the contexts in which certain preferences emerge. This study was about showing how these specific physical features that are easily identified can shape perceptions without having to rely on behaviors.”

In the study, 295 undergraduate students viewed and rated four male and four female computer-generated bodies. The bodies had either high or low levels of fat and either small or large muscles or breasts. After viewing each image, the participants indicated the extent to which they believed the target was interested in pursing long-term and short-term relationships.

“We stereotype people’s mating interests based on how we expect their bodies to shape their self-perception. If you perceive yourself as highly attractive, you may feel like you could engage in short-term sexual strategies more readily because of the higher likelihood of success,”

“Large muscles and breasts are attractive on men and women, so these features should lead perceivers to view these features as diagnostic of an interest in a short-term strategy. Conversely, because of the heuristic association with parental ability and body fat, in addition to perceptions of body fat as less desirable for a one-night stand, participants viewed higher levels of fat as connoting interest in long-term mating.”

But the researchers noted that they only examined stereotypes related to bodily features, which may or may not contain kernels of truth. Different distributions of body fat could also influence the results. For example, previous research has indicated that women with abdominal fat around their midsection are more stigmatized than women with fat on their hips, buttocks and thighs.

“Future research should consider targets’ proclivity toward infidelity, mate guarding, or the specific type of parental investment they would have (many other opportunities exist for future work),” Brown said. “I would also encourage discussion on which muscles are most important for these assessment in men (e.g., purely upper body or all over) and how different fat depositions in women’s bodies could shape perceptions (e.g., comparing apple and pear shapes).”

“These perceptions are merely functional stereotypes that inform perceivers on likely mating opportunities,” he added. “This should not be used as a diagnostic criterion for a prospective mate’s interest, especially considering that the stimuli are computer-generated!”