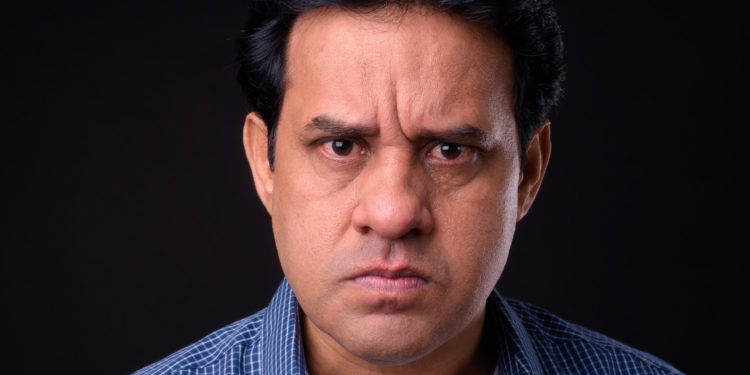 A study in the United Kingdom explored the relationship between Dark Triad personality and what one considers infidelity in exclusive romantic relationships. Results showed that persons high in psychopathy were more likely to perceive fantasizing about sexual relations with other people and expressing emotions towards a person other than the partner as infidelity. But a different pattern emerged among those high in Machiavellianism.

The study was published in Personality and Individual Differences.

Infidelity, being unfaithful to a spouse or a romantic partner is a serious threat in committed, exclusive romantic relationships. There are, however, substantial differences, both between cultures and individuals, in their views about what exactly constitutes infidelity. While sexual intercourse with a person who is not the romantic partner is generally considered the epitome of infidelity, there is much less agreement on whether actions such as public displays of affection or exchanges of affectionate messages also constitute infidelity.

To explore whether differences in these personality traits might help explain individual differences in views on what constitutes infidelity in a romantic relationship, study author Gayle Brewer and his colleagues from the University of Liverpool surveyed a group of 664 individuals aged between 18 and 73 years. Of the sample, 436 participants were women and 71.7% identified themselves as heterosexual. Participants were recruited”via social networks and a British University participation point scheme.”

When Dark Triad personality traits were considered, results showed that persons high in Machiavellianism were less likely to perceive behaviors from the fantasized infidelity group and those from the emotional infidelity group as infidelity but the reverse was the case for those high in primary psychopathy.

“Primary psychopathy is associated with greater emotional jealousy,” the study authors wrote. “Therefore, the association between primary psychopathy and perceiving fantasy and emotional expression as infidelity may, in part, reflect a greater overall sensitivity to infidelity. Further, primary psychopathy is characterised by lower empathy and perspective taking. As a consequence, it may be difficult for those high on psychopathy to understand their partner’s motivation for sexual fantasy (e.g., sexual release) or emotional relationships with others (e.g., companionship) and separate this from other behaviour that more directly poses a threat to the primary relationship.”

Narcissism and secondary psychopathy were not associated with perceptions on infidelity.

The study makes an important contribution to the knowledge about psychological mechanisms of romantic relationships. However, it should be noted that it relied solely on self-report measures and did not consider characteristics of the romantic relationship the person is in. Additionally, it did not take into account that people might have different views on what types of behavior they allow themselves and what they would consider infidelity by their partner.

The study, ““But it wasn’t really cheating”: Dark Triad traits and perceptions of infidelity”, was authored by Gayle Brewer, Alexandra Guothova, and Dimitris Tsivilis.