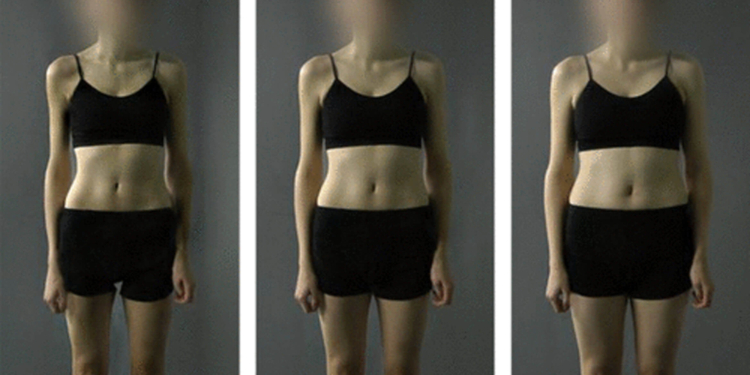 New research suggests that repeatedly viewing underweight or overweight bodies can influence women’s perceptions of what a “normal” body looks like, but does not appear to have much of an impact on their own body satisfaction. The findings have been published in Royal Society Open Science.

“As a clinician I work with people with eating disorders, so I want to understand more about how to prevent and treat them,” said study author Helen Bould, a consultant senior lecturer in Child and Adolescent Psychiatry at the University of Bristol and Gloucestershire Health and Care NHS Foundation Trust.

“It’s possible to change how women see others’ body size by showing them bodies of different sizes — I wanted to see if you can also change how women see their own size, and how satisfied they are with their size. If it worked, maybe we would have something we could try out as part of eating disorders treatment, or maybe it could help us use images in the media better to prevent eating disorders.”

The participants completed this task twice a day for a week. At the end of the week, they then competed measures of their perception of body sizes.

But the photographs did not appear to impact the women’s perception of their own body size or their body satisfaction.

However, there was some evidence that photographs influenced their ideal body size. The participants were asked to alter the weight, bust, waist and hip sizes of a computer avatar to indicate the size and shape they would most like to resemble. Those exposed to the underweight images tended to create thinner ideal bodies.

“Repeated viewing of images of different sized bodies changes how women view the size of other images of bodies. We didn’t find that it reliably changed their view of their own size, but if you repeatedly show them images of smaller women, their ideal body size gets smaller,” Bould told PsyPost.

“We had to make a lot of decisions about the trial design, like how big or small to make the different images, and to use manipulated images of real women, rather than airbrushed magazine images. So there are still questions to answer about the effects of repeated exposure to idealised photos, for example on Instagram. We also ran our trial in healthy women, not in women with an eating disorder — so future studies in both in a patient population, and in men, would be useful.”

But why did the study only include women to begin with? The researchers have a simple answer. “We chose to study women first as eating disorders are 5-10 times more frequent in women than men,” Bould explained.