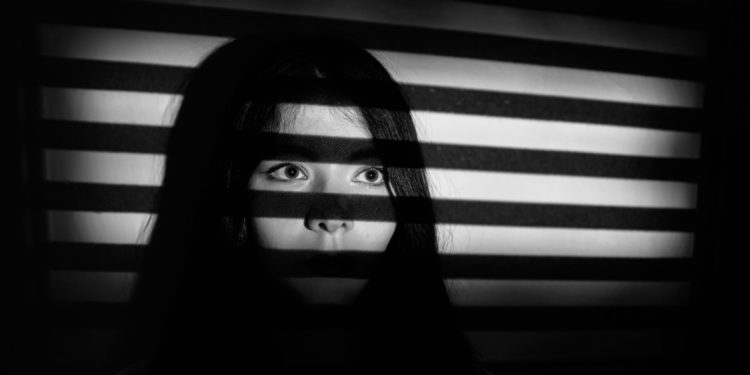 Male psychology is sensitive to cues associated with the ease of sexually exploiting women. A series of three studies provide insight into cues that might aid men in their use of sexually exploitative strategies – namely, information in the environment that might signal the likelihood of getting discovered when engaging in exploitative behavior. This research was published in Evolutionary Psychology.

“Most of my research revolves around sexual violence. Sexual violence is typically defined as ‘any sexual act or attempt to obtain a sexual act by violence or coercion, act to traffic a person, or act directed against a person’s sexuality, regardless of the relationship to the victim,’” said study author Rebecka Hahnel-Peeters (@RandomMutations), a doctoral student at the University of Texas at Austin.

“Sexual violence is extremely common and occurs in every country for which we have data. Sexual violence has also been depicted across history dating back to the earliest laws (e.g., the Code of Hammurabi, 1792 BCE). My advisor, Dr. David Buss, recently described sexual victimization as the most widespread violation of human rights — as it likely targets 50% of the population and creates secondary victims (e.g., friends and family who love the victim).”

For Study 1, Hahnel-Peeters and colleagues conducted a content analysis of responses to eight open-ended prompts posted on Reddit, asking what participants would do “if they were invisible or could stop time.” These prompts generated 1,881 comments. For example, in response to the prompt “If you had the power to stop time, what would you do?” one user commented “attack criminals.” Replies to comments were not included in the analyses.

While the researchers were unable to gather demographic information using this method of data collection, they note that 67% of Reddit users are male, and that the platform skews toward a younger age demographic.

Study 2 was a preregistered test of the hypothesis that low likelihood of discovery might increase the likelihood to rape among men. In this study, the researchers gathered demographic information to confirm Study 1 findings and experimentally manipulated the degree of likelihood of getting discovered. The final sample included 492 participants.

Participants were prompted to imagine that they were invisible or capable of stopping time. They then indicated their likelihood to engage in a variety of behaviors, such as helping others, damaging property, and having sex, among others, on a scale ranging from 1 (not at all likely) to 4 (very likely). Prompts and behaviors were presented in a randomized fashion to control for order effects.

In a within-subjects design, Study 3 presented participants with vignettes that manipulated the likelihood of discovery, including low, medium, and high levels of discoverability. Participants responded to five behavioral options, including “try to coerce this person into having sex with you” on a scale of 1 (very unlikely) to 5 (very likely). Study 3 included a total of 614 participants.

“I think the most important takeaway from this paper is the overwhelming percentage of our sample who reported some rape proclivity. Many stereotypes about sexual violence indicate a specific type of person (e.g., unknown men lurking in a dark alley, unknown men of disadvantaged economic backgrounds) have the capacity to rape,” Hahnel-Peeters told PsyPost.

“Our studies show that a variety of men (i.e., at least 19% of our sample) self-report some level of likelihood to be sexually coercive. These men likely choose not to act on this proclivity due to individual differences in personality traits, such as empathy. It’s important to understand, however, that sexual perpetrators aren’t always the cookie-cutter stereotypic image.”

Surprisingly, the researchers found no evidence that the likelihood of discovery influenced the likelihood to rape. But this might be a result of other cues that were inadvertently mentioned in the vignettes.

“Another important takeaway is the importance of context in the willingness to sexually coerce,” Hahnel-Peeters explained. “While we did not consistently support our predictions, we identified two potentially important contextual cues which we did not account for: (1) the presence of one’s peers and (2) your reputation with your peers.”

“For example, let’s say Norm at Cheers — a bar where everyone knows your name because you’re regularly found sitting, drinking, and chatting with the bartenders — is accused of raping a woman. If Norm’s reputation at Cheers is positive (e.g., he’s well-liked and perceived as charismatic) and he’s surrounded by friends who likely believe what counts as rape is different than the act of which Norm was accused, he may be more likely to rape a woman compared to if he did not have an established reputation or his friends weren’t present.”

In other words, “the presence of one’s friends and one’s reputation may protect against some of the costs of raping a woman, but we don’t know for sure just yet.”

I asked the author if there are limitations to this research, to which she responded, “There are many, but here are a few: (1) The importance of the presence of one’s peers and one’s reputation I explained above is yet to be explicitly tested. We have some speculation that these two cues are why our data panned out the way they did. We cannot say for sure, however. (2) Are contextual cues similar across cultures? While our dataset does not purely consist of undergraduate students from the United States, many of our participants are located in the USA or other English-speaking countries. (3) Are the contextual cues indicating the lower likelihood of discovery different for different classes of victims? That is, is the information tracking how likely one is to get caught the same information across potential victims who are strangers, friends, or romantic partners?”

Lastly, the researcher added, “I’d like to mention that this research was done in collaboration with two great professors, Drs. Aaron Goetz and Cari Goetz, at the Center for the Study for Human Nature located at California State University, Fullerton. I could not have done this research without them. Aaron Goetz had designed, completed, and analyzed Study 1 before I came onto the project. Cari Goetz provided extremely valuable feedback on the design of Studies 2 and 3. I wouldn’t be in the position I am without their mentorship. I count myself very lucky to know them.”

The research, “Do Environmental Cues to Discovery Influence the Likelihood to Rape?”, was authored by Rebecka K. Hahnel-Peeters, Aaron T. Goetz, and Cari D. Goetz.